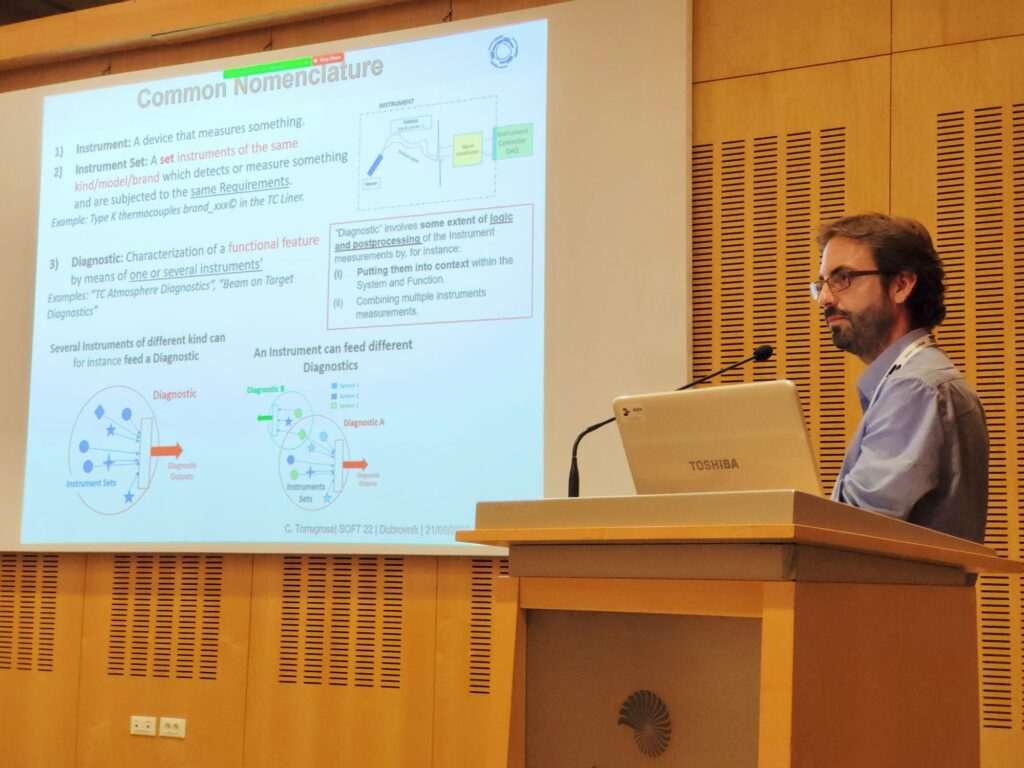 Donny Domagoj Cosic (Institut Ruđer Bošković) said that the next generation fusion research devices such as DONES require specialized µloss monitors for beam diagnostics. These monitors must operate reliably in a harsh radiation environment, large magnetic fields, and cryogenic temperatures. To gauge the reliability of diamond based µLoss monitors, the response of a diamond detector to different MeV energy ions was studied down to 47 K.

The charge collection efficiency (CCE) in electronic grade, single crystal chemical vapor deposition (scCVD) diamond detector was evaluated using the ion beam induced charge (IBIC) technique, with 0.8 MeV H+, 3 MeV He2+, 5.6 MeV Li2+, and 12.8 MeV C4+ ion beams. The total accumulated charge as a function of temperature was extracted from the measured pulse height spectra. A similar decreasing trend of the detector CCE with temperature was observed for all ion species. A plateau was observed from room temperature to 145 K followed by a sharp, step like, decrease in the temperature range of 65 K < T < 145 K. Below 65K, the CCE reaches another plateau with small variations down to 47 K. The decrease in collected charge was observed in the same temperature window for each ion. However, the level of the CCE decrease varied for the different ion species. For He, Li and C, the CCE decreased to 24.7 ± 0.4 %, 23.6 ± 1.3 %, 25.9 ± 0.8 % respectively while 39.3 ± 0.8 % for H. The reduction of the CCE is in agreement with earlier reported results obtained by alpha particles which was associated with the changes in lifetime of excitons in diamond. A plateau was observed from room temperature up to 145 K, followed by a sharp, step-like decrease in the temperature range 65 K < T < 145 K. Below 65 K, the CCE. 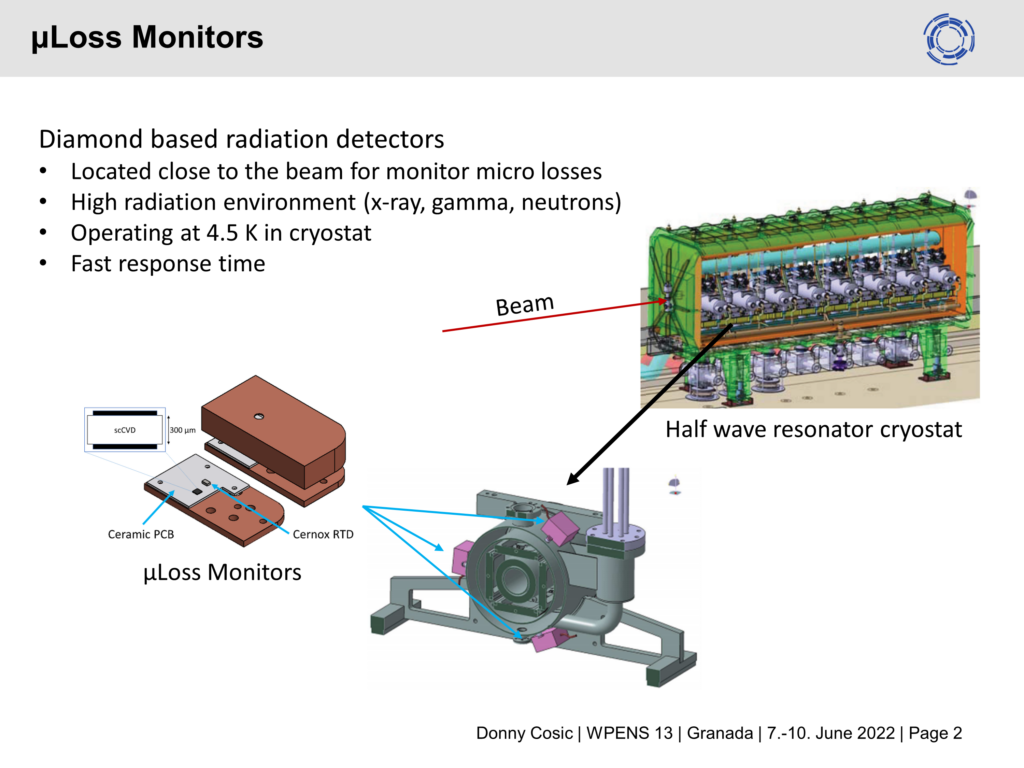 Philippe Cara presented an overview of the present design status of the IFMIF-DONES facility putting emphasis on the design status of its Accelerator Systems (AS) focusing on the main challenges and related the R&D programme considered. He seized also the opportunity to present the current status of LIPAc (IFMIF/EVEDA Project) as well as the commonalities/interfaces activities between IFMIF/EVEDA & IFMIF-DONES  projects aiming to share the developed know-how and  to assure the transfer of the lessons learned.

The prospects for the construction and the commissioning of the IFMIF-DONES Facility in Granada (Spain) was also presented. 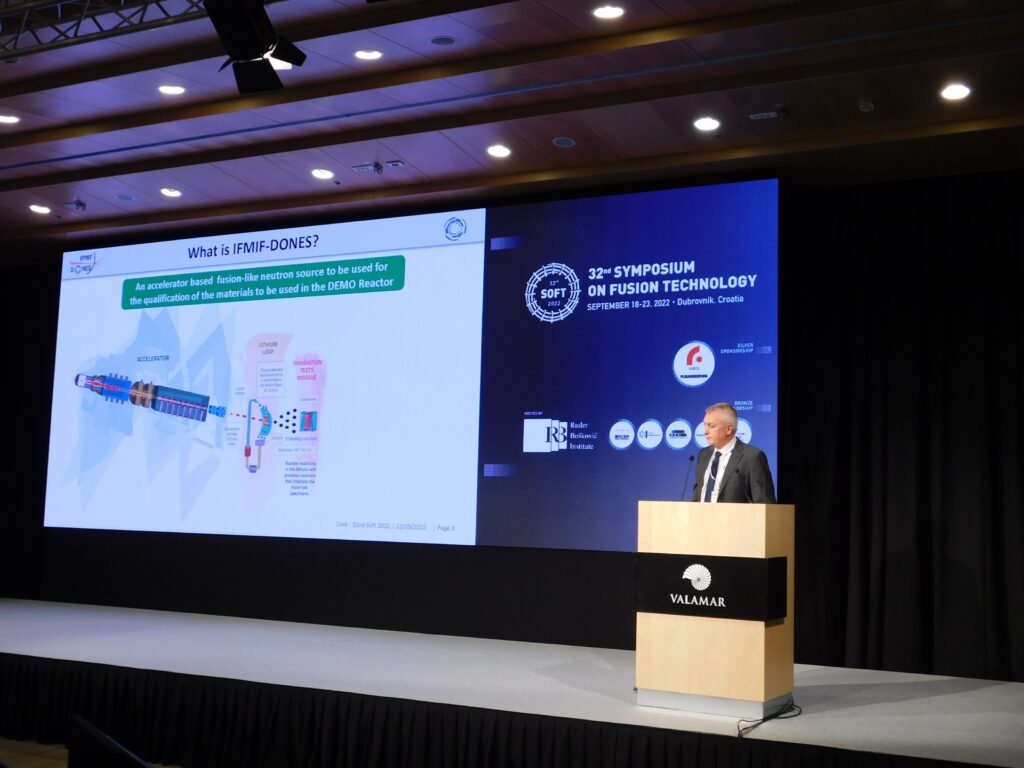 IFMIF-DONES would like to expressly congratulate Tonči Tadić, Chair of the International Organising Committee, for the success of the event. 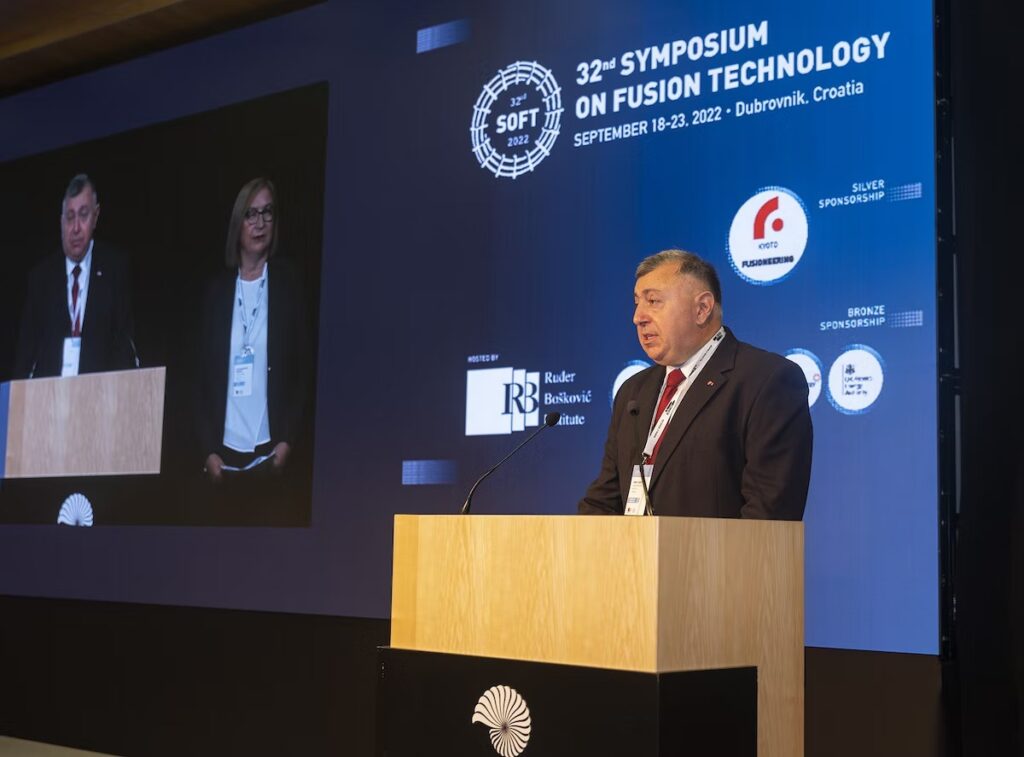