Following the signing of the works staking out act, held on 15 September, the first works on the plot have begun with the installation of the fencing and auxiliary services and the first excavation works.

The works, promoted by CIEMAT, will be carried out by the construction company EDHINOR, under the supervision of SAN JUAN ARQUITECTURA. The execution period is 12 months and the budget is around 11.5 million euros. In this action developed in the Metropolitan Park of Escúzar (Granada), three buildings will be constructed, which will form part of the IFMIF-DONES complex, and part of it will be urbanised.

The Administration and Visitor’s building, with some 6,000 m2 dedicated to offices, multi-purpose rooms and an auditorium, will be able to house up to 160 workstations, which will be occupied in the coming years by scientific, technical and administrative staff of IFMIF-DONES.

The multi-purpose warehouse, measuring some 1,200 m2, has an open-plan warehouse that will house equipment and materials during the construction of the facility and will later be used for spare equipment. It could also temporarily house some laboratories that IFMIF-DONES will need to set up before it has its final location in other buildings of the complex.

In addition, the access control building will be constructed, which, together with the urbanisation of the area of action, will enable a fully operational sector of the complex to be available from the end of 2023.

IFMIF-DONES is a scientific facility whose objective is to operate a neutron source to qualify materials to be used in future fusion reactors. In DONES, a particle accelerator will produce a 125 mA deuteron beam (D+), accelerated to 40 MeV energy, which will impact on a 25 mm thick liquid lithium curtain flowing at 15 m/s.

The reactions in the lithium target, upon impact of the deuteron beam, will generate a high-energy neutron flux of sufficient intensity to simulate neutrons in a fusion reactor. This neutron flux will be used to irradiate material samples located immediately behind the lithium curtain in the test modules. 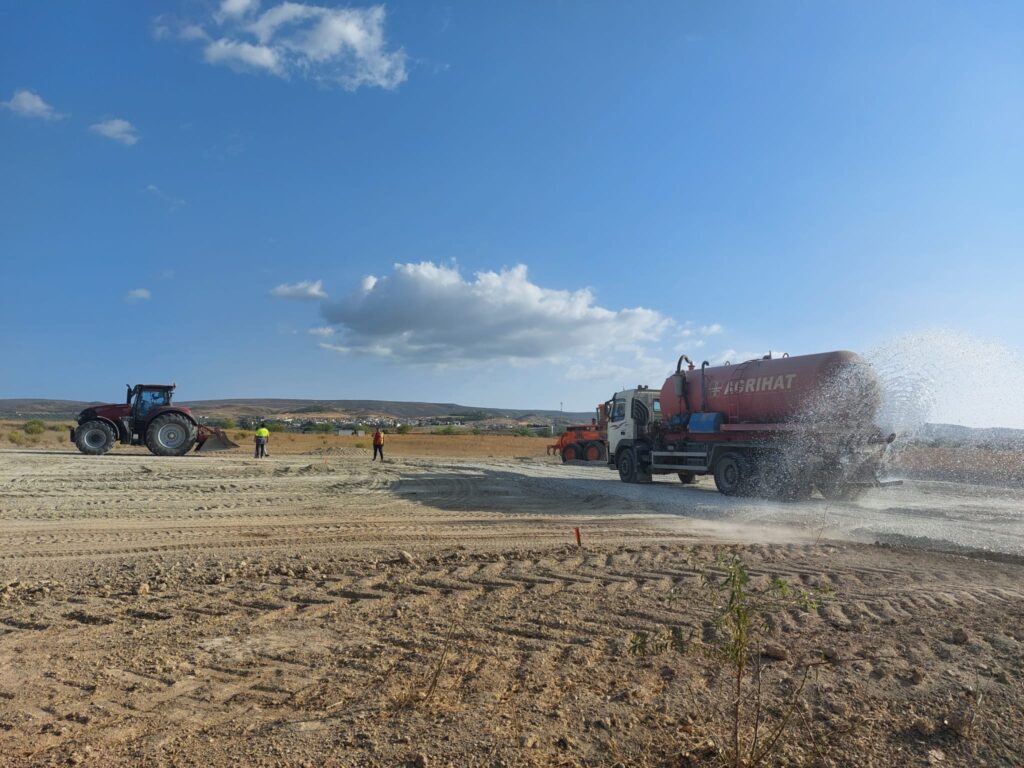 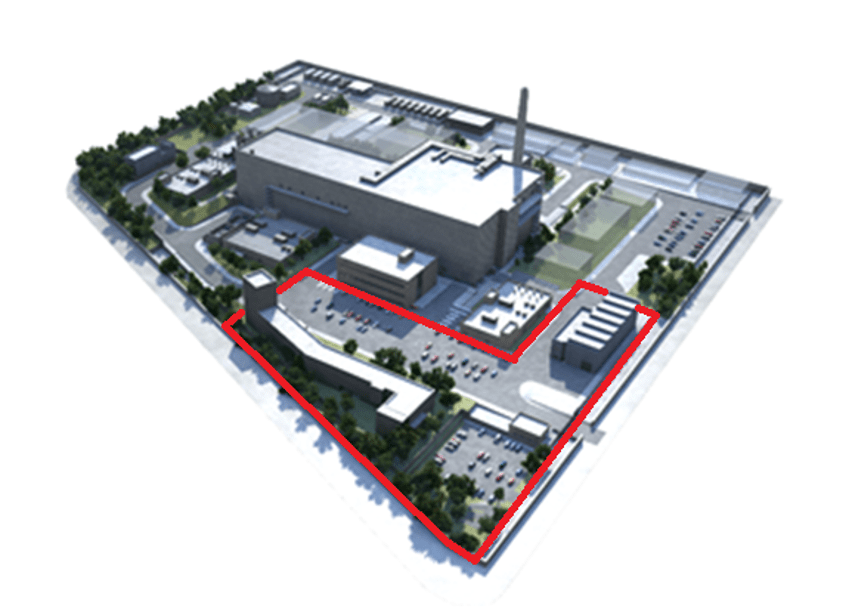 Recreation of IFMIF-DONES with the area of action framed in red.