The Nuclear Safety Council (CSN) has held a meeting of its liaison committee at the headquarters of the IFMIF-DONES España consortium in Granada to review the progress made in the permanent working group maintained by the regulator, the consortium, the Centre for Energy, Environmental and Technological Research (CIEMAT) and the University of Granada. At the meeting, the progress made within the working group in recent months was studied and the latest advances in the project were analysed.

The regulator presented the liquid and gaseous radioactive waste management systems to be used in normal operation and in accident conditions. The high-level safety requirements of the facility and the status of the tenders for the construction of the office and storage buildings were also addressed.

The CSN advisor, Elvira Romera, chairs this committee, the objective of which is to coordinate the activities of a permanent working group, whose mission is to prepare all aspects of the scientific facility that must be reviewed prior to the start of the operating phase of the infrastructure. The role of the regulator is key as it allows to demonstrate Spain’s capacity to license this unique facility at world level, in the aspects related to nuclear safety and radiation protection.

The meeting, which was chaired by the councillors Elvira Romera and Francisco Castejón, was attended by the president Juan Carlos Lentijo, the councillor Javier Dies, the secretary general, Pablo Martín, and the technical directors and deputy directors of the CSN involved. IFMIF-DONES was represented by the director of the CIEMAT National Fusion Laboratory, Carlos Hidalgo; the vice-rector for Research and Transfer of the University of Granada, Enrique Herrera; the president of the consortium, Ángel Ibarra; and the head of Safety of the project, Francisco Martín-Fuertes.

The International Fusion Materials Irradiation Facility – Demo Oriented NEutron Source (IFMIF-DONES) project, unique in the world, consists of the creation of a particle accelerator capable of generating neutrons similar to those that would appear in a fusion reactor. These neutrons will be launched on samples of materials to see which of these are usable in a future fusion reactor.

Their aim is therefore to develop a new energy source based on nuclear fusion by finding out which materials are suitable for a reactor that works in a continuous mode and can produce electricity. In December 2017, the organisation Fusion for Energy (F4E) positively assessed the joint Spanish and Croatian proposal to locate IFMIF-DONES in Granada.

This scientific facility will be located in the Granada municipality of Escúzar to validate materials suitable for fusion energy. Its construction began in 2022 and it is expected to be operational by 2030, with the first results to be obtained in 2035.

After the meeting in Granada, the representatives of the CSN and the rest of the participating institutions travelled to the town of Escúzar to visit the works being carried out by CIEMAT at the site of the international scientific facility. 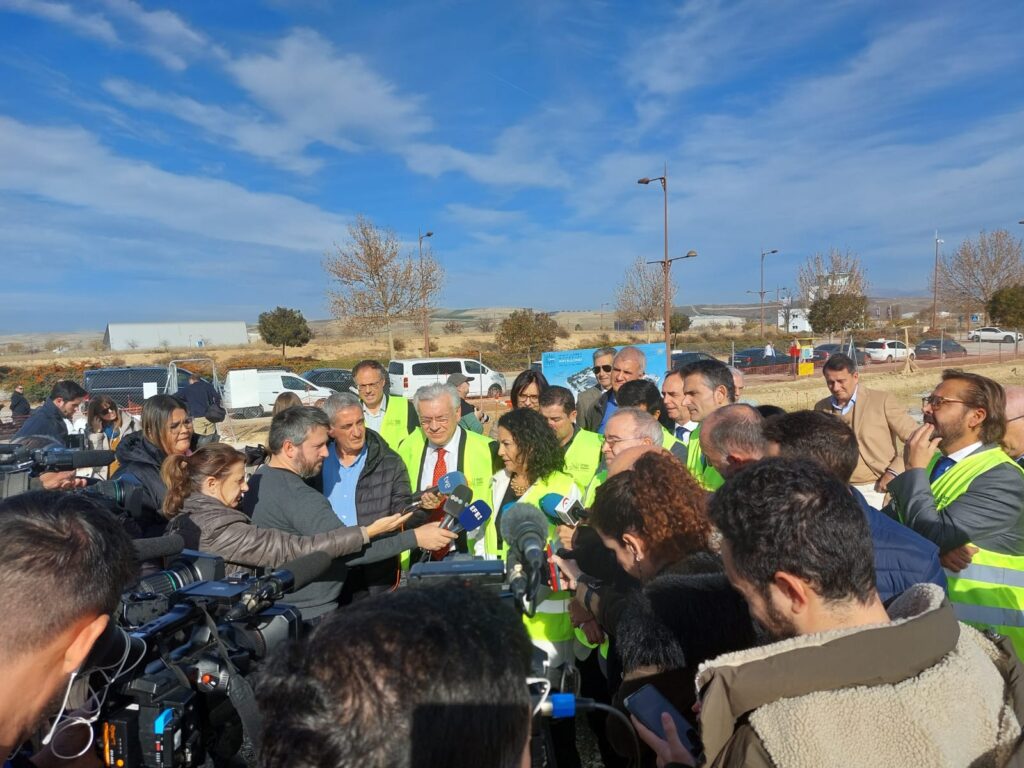 IFMIF-DONES
The aim of IFMIF is to investigate the behaviour of different materials that could be used in future nuclear fusion reactors. The DONES project is a scaled-down version of IFMIF. In addition, DONES is being designed so that it can fulfil all the capabilities of IFMIF. At this stage, the aim of the project is to develop the necessary R&D and engineering activities to start construction of the facility.

The IFMIF-DONES consortium was created in June 2021, through a collaboration agreement between the General State Administration (Ministry of Science and Innovation) and the Ministry of Economic Transformation, Industry, Knowledge and Universities of the Regional Government of Andalusia to promote the Spanish candidacy and, in case of success, to manage the Spanish contribution to the project.

According to its statutes, the consortium aims to contribute to the European Fusion Programme, among other things, through the design, construction, equipment and operation of the IFMIF-DONES facility. The consortium will manage and promote the scientific, economic, technical and administrative collaboration of its member entities and will hold the ownership of the scientific and technical infrastructure built and financed with its resources.

The IFMIF-DONES project is an initiative of the National Fusion Laboratory of the Energy, Environmental and Technological Research Centre (CIEMAT). CIEMAT is a Public Research Organisation attached to the Ministry of Science and first, which has led from the beginning the design of this facility and is currently financing the construction of first buildings and laboratories in Escúzar.

The IFMIF-DONES España consortium is a research entity shared equally between the General State Administration and the Autonomous Community of Andalusia. The consortium is currently promoting the candidacy of Granada as a site to host the facility.